Al Marsad, the Arab Human Rights Center in Golan-Heights, seeks to establish a modern and efficient institution that struggles against war, colonialism and occupation and helps to develop a culture of respect for the principles enshrined in human rights and humanitarian law.

Last December 10 to 18 2021, Al Marsad conducted an online media campaign as part of the initiative 10 days of action on human rights and civic space.

Based on the findings of a research they conducted on the status of SDGs both globally and in Palestine, they designed and implemented a public media campaign which included the production and wide dissemination of a public statement, a video and two posters through mainstream and social media platforms.

The campaign was widely relayed by local media and reached 17,000 views.

Amidst the global pandemic, Palestine was caught between different factors aggravating its crisis. The Israeli occupation, one of the most complex systems of occupation in human history, has not only prevented Palestinians from realizing their right to self-determination but has also left them facing a human dignity crisis which is characterized by the continued erosion of livelihoods, denial of basic human rights and forced dependency on international aid. The multifaceted system of Israeli occupation with its policies of physical, political and economic segregation of the Palestinian territories have left them fragmented with its population living in marginalized conditions. 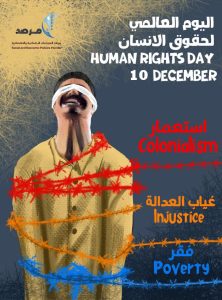 They have severely weakened Palestinians’ individual and collective capacities to engage in economic and social life, to access health, education and commercial services and has demeaned the capacity of the Palestinian society to naturally develop and progress. In 2019, about 32.7% of Palestinians suffered from food insecurity (68.5% in Gaza). Poverty rates reached 29.2% (53% in Gaza), and increase among members of families headed by a woman, as it reached 54% of the total families headed by women in the Gaza Strip and 18.6% in the West Bank, noting that women headed about 11 % of households in Palestine, 12% in the West Bank and 9% in Gaza Strip. Unemployment rates reached 25% (45% in Gaza), and stood at 41% among females, compared to 21% for males in Palestine. 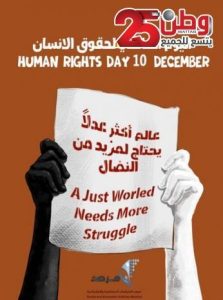 On the other hand, the pandemic has revealed the failings of the Palestinian Authority; it has exposed fundamental gaps in transparency and accountability and has uncovered serious shortcomings in several viable sectors including health, education, social protection etc.