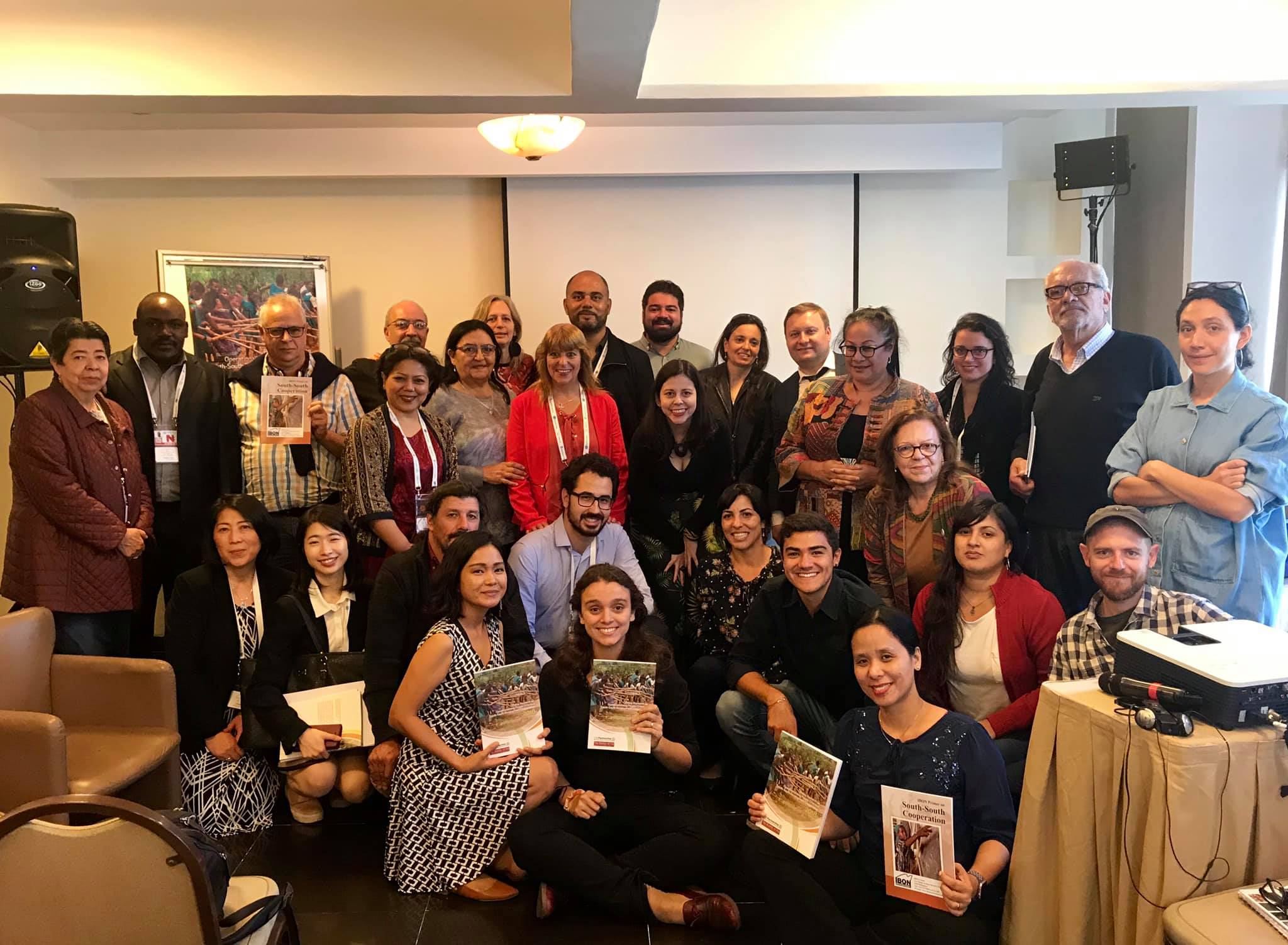 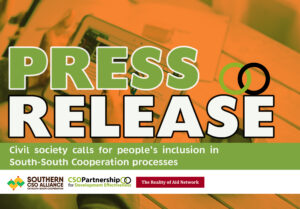 21 March 2019, Buenos Aires, ARGENTINA – The Southern CSO Alliance on South-South Cooperation (SSC), CSO Partnership for Development Effectiveness (CPDE) and The Reality of Aid (RoA) Network have organised an official BAPA+40 Conference side event held on March 21, 2019, from 9 to 11:30am at the El Conquistador Hotel in Buenos Aires.

Titled Putting People at the Heart of South-South Cooperation, the activity sought to promote a people-centered approach to SSC, and gather insights and gain champions and allies from state actors.

The event began with welcome remarks by Marita Gonzalez of Confederacion General del Trabajo Internacional – Argentina, as well as a backgrounder by Jennifer Malonzo of IBON International. Gonzalez is one of the CPDE Co-chairs.

For his part, Meja said, “We want a South-South cooperation that institutionalises these through frameworks, official spaces, mechanisms and resources for people-to-people cooperation and civil society organisations’ engagement.” The Reality of Aid Network is a pre-eminent Southern-led North/South Network on reforming aid policies and practices.

The BAPA+40 Conference commemorates the 40th year of the signing of the Buenos Aires Plan of Action (BAPA), and explores the role of SSC and implementation of the 2030 Agenda for Sustainable Development.

Meanwhile, the Southern CSO Alliance is composed of civil society organisations from Asia, Pacific, Africa, and Latin America. It was founded by CPDE and Reality of Aid during last year’s Annual Meetings of the International Monetary Fund and the World Bank Group in Bali Nusa Dua, Indonesia.