Localizing the Triple Nexus: 9 Country Contexts is a research collection that brings together studies on the interlinkages between humanitarian, development, and peace actors – otherwise known as the Triple Nexus. 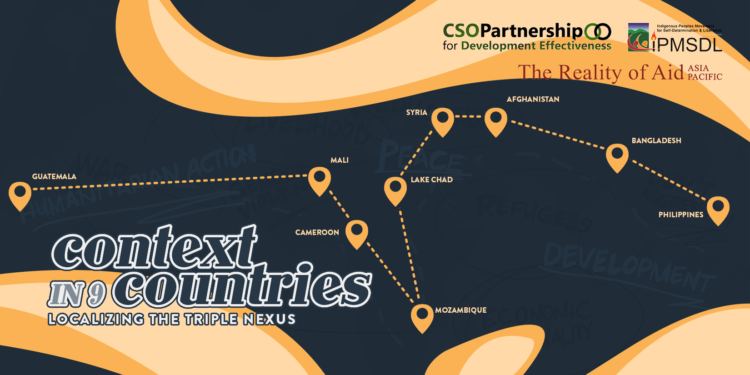 CPDE, Reality of Aid – Asia Pacific (RoA-AP) and the International Indigenous Peoples Movement for Self-Determination and Liberation (IPMSDL) have launched Localizing the Triple Nexus: 9 Country Contexts, a research collection that brings together studies on the interlinkages between humanitarian, development, and peace actors – otherwise known as the Triple Nexus – coupled with people-centered and sustainable development.

What is the Triple Nexus?

The nexus approach “refers to the aim of strengthening collaboration, coherence and complementarity” among these three pillars (OECD LEGAL 2019). It argues that efforts to address the causes of conflicts and states of fragility should go hand-in-hand with immediate and short-term responses; development and peace actions should accompany humanitarian actions. Moreover, it is envisioned as a context-specific solution driven by on-ground needs as opposed to simply implementing pre-existing frameworks.

CPDE Co-Chair and Global Coordinator of IPMSDL Beverly Longid, in her opening remarks, stressed the importance of addressing “the root causes of the problem” to find “solutions that promote just and lasting peace, realise the right to development, and end humanitarian crises.” She also stated the importance of grounding the Triple Nexus discourse to the “realities of the peoples living in conflict and fragility by having them speak on their own experience and recommendations.”

The presentations were organised according to the thematic focus of the nine studies, namely, (1) gender and youth rights; (2) Indigenous Peoples and climate issues; and (3) the issues of refugees.

In the presentations, the lack of quality and accessible social services were among those highlighted as key drivers of conflict. States’ heavily militarised responses to conflicts then lead to more casualties, especially among women, youth, and Indigenous Peoples who not only are victims of the conflict situations, but also of ongoing crackdowns on civil society. One of the authors, Rikki Gono of Katribu Youth, said, “Counterinsurgency is used as a convenient excuse to push through with large-scale dam projects, to the detriment of the rights and lives of IPs, who are themselves red-tagged and labeled as ‘communist terrorists’ if they oppose the dams.”

Elle Ambler, from the Arab Group for the Protection of Nature, presenting in the panel tackling the issues of refugees, presented the incoherence in aid going to refugees’ host and home countries as exhibited in the current EU approach to the Syrian crisis. Ambler says that “on one hand, [EU] contributed to unmet humanitarian needs … [in the] host countries, while on the other, it has contributed to protracted displacement and the continuation of dire conditions in the Syrian crisis.”

Gender issues are a central part of the study and almost all the cases addressed gender inequality with one of the chapters exclusively dedicated to the topic: “Engendering the Nexus: A Case Study on How to Mainstream Gender in the Triple Nexus and its Operationalization”. Author Rosabel Agirregomezkorta of CEIM (Centro de Estudio e Investigación Mujeres) and member of the CPDE Feminist Group sector, highlighted the close relationship between armed conflict and gender injustice as “83% of conflicts in 2019 occurred in contexts of discrimination against women and girls.” She concluded that it is “essential to include a feminist view of conflicts.”

Julia Codina Sariols of the OECD Crises and Fragility Team and one of the study’s reactors at the launch event backed up this argument, urging that “analytical tools be improved to effectively address issues circling gender inequality and conflict.”

Below are some key findings from the nine country contexts in Syria, Bangladesh, Lake Chad Region, Cameroon, Mozambique, Afghanistan, Mali, Guatemala, and the Philippines.

While each country’s context should be examined on an individual basis, certain patterns and overlapping trends emerge in the research. Most of the case studies shared the following findings: 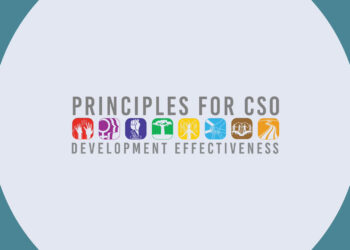 WEBINAR: The state of Istanbul Principles implementation among CPDE members and partners 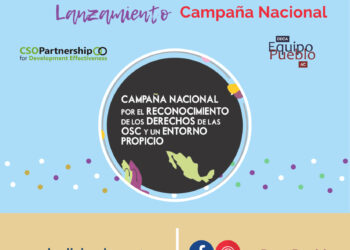 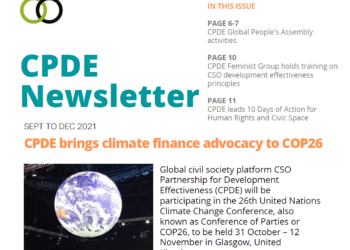