CPDE organised a study conference titled “Promoting the Effective Development Cooperation Agenda in Climate Finance” in Madrid last December 9 to 10, 2019, in time for the UN Framework on Climate Change Conference of Parties (COP 25).

Through the event, which gathered representatives from various sectors and regions, CPDE sought to clarify its position on climate finance and identify its role and strategy in engaging civil society and other development actors on the subject. The conference yielded plans for engaging civil society to push the effective development cooperation agenda in climate finance.

Participants tackled opportunities and challenges in governing, delivering, and monitoring climate finance, noting how the delivery of climate funding is rife with issues especially regarding alignment with national development strategies.

Jahangir Masum, Executive Director of Coastal Development Partnership, identifies some of these challenges in his presentation: “The current international public adaptation finance flows are not sufficient to meet current needs, and the adaptation finance gap is likely to widen significantly over the coming years. Currently, there is no internationally agreed definition, rules or methodology for calculation, and inconsistencies and gaps exist in the current UNFCCC reporting framework for climate finance.”

He adds that there is lack of effort in mobilising the new and additional official development assistance (ODA) for climate finance, and instead too much attention on leveraging private climate finance, 90 percent of which usually targets mitigation activities.

Meanwhile, IBON International Climate Justice Program Officer Ivan Enrile pointed out the importance of applying effectiveness and human rights principles in climate finance: “A human rights-based approach is focused on putting people first, and making it known that climate change is primarily about human suffering and misery, not merely an abstract scientific phenomenon.”

He also highlighted the call of civil society organisations and people’s organisations from around the world to reclaim the climate agenda amid corporate plunder and repression, as articulated in a sign-on statement.

Part of the document read, “We demand that developed countries pay for their climate debt to developing countries by providing adequate, predictable, and additional finance for climate adaptation, mitigation, reparation for irreversible losses and damages suffered by communities in the global South because of climate change, and just transition in developing countries.”

Global public climate finance, they add, should be “distinguished from existing ODA flows and must focus on the most vulnerable, not only in reference to countries, but also local communities including indigenous peoples, farming communities, coastal communities, urban slums, fisher folk, rural women, children, and other marginalised groups in society.”

CPDE’s reference group on climate finance also noted that effective climate finance is guided by principles of policy coherence, ownership, transparency, and predictability, with particular emphasis on supporting the countries that will be most affected by climate change.

The full text of the statement may be accessed via http://bit.ly/ReclaimClimateAgenda .# 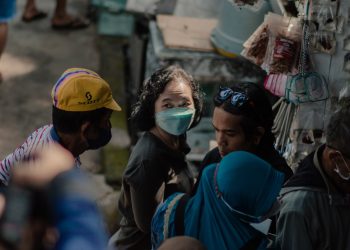 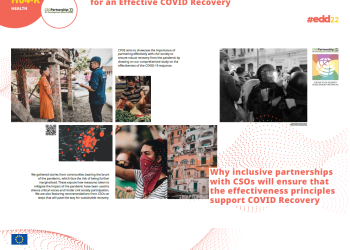 EDD 2022: CPDE to advocate for civil society partnerships for an effective COVID Recovery 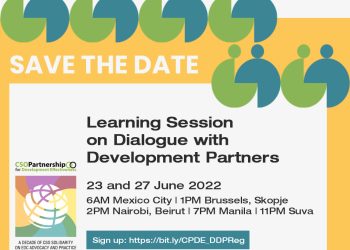 CPDE to hold learning session on dialogue with development partners