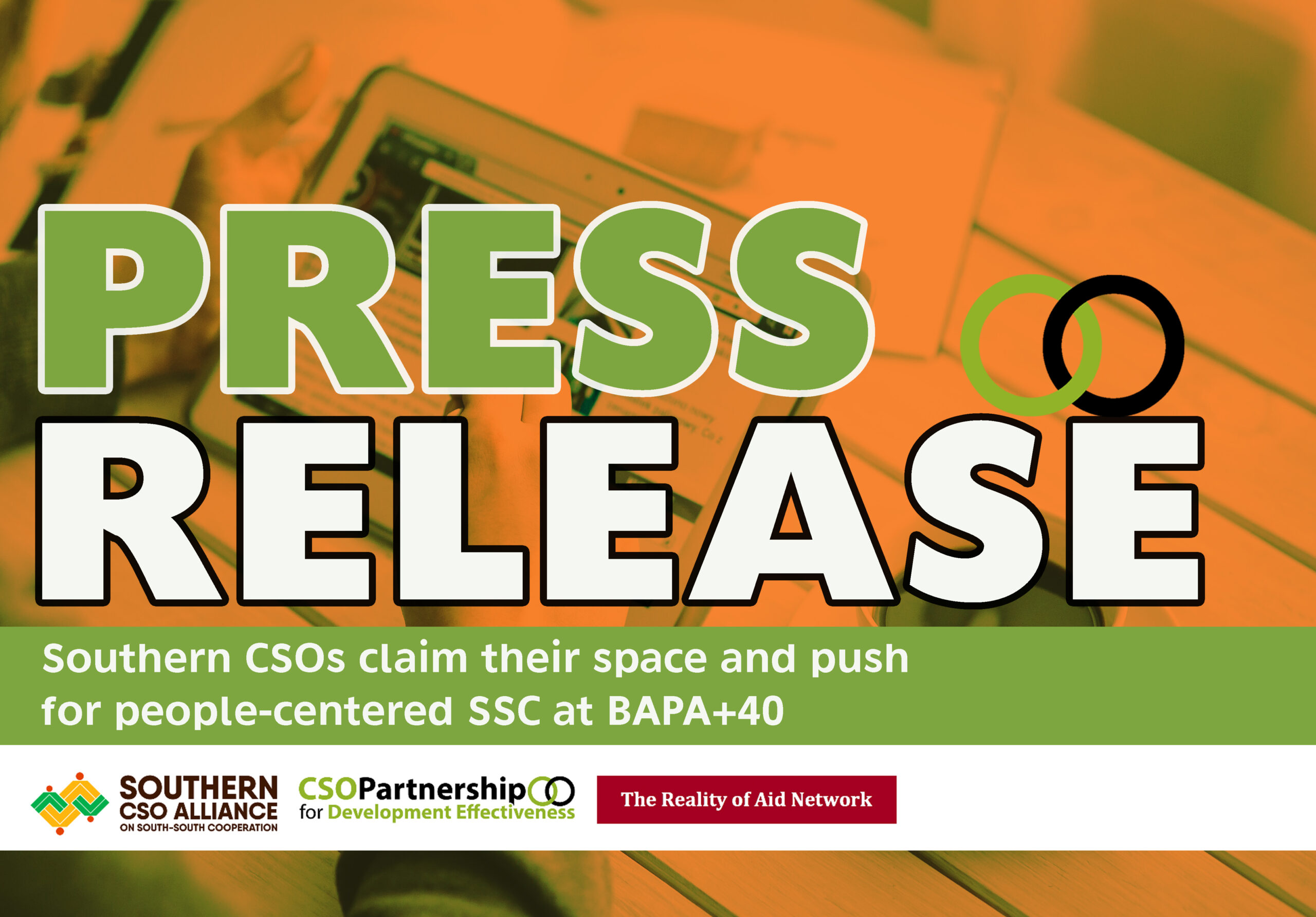 20 March 2019, Buenos Aires, ARGENTINA – Members of the Southern CSO Alliance on South-South Cooperation (SSC), CSO Partnership for Development Effectiveness (CPDE) and The Reality of Aid Network have gathered in Buenos Aires, Argentina for the 2nd UN High Level Conference or BAPA+40, happening on March 20 to 22, 2019.

The BAPA+40 Conference commemorates the 40th year of the signing of the Buenos Aires Plan of Action (BAPA), and explores the role of SSC and implementation of the 2030 Agenda for Sustainable Development.

The BAPA for the implementation of Technical Co-operation among Developing Countries (TCDC) is the first comprehensive framework for SSC which reaffirms the idea that the purpose of TCDC is to derive mutual benefits from the sharing of experience and knowledge in the Global South, with the aim to achieve their national and collective self-reliance.

In participating at the conference, the Southern CSO Alliance seeks to advance people-centered SSC during the side events and Conference proper. More specifically, they aim to raise awareness on people-centered approach to SSC among the broader civil society, governments and other SSC actors, and forge alliances and initiate partnerships with governments, CSOs, and other SSC actors especially from developing countries. 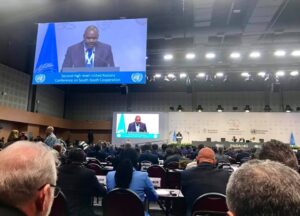 “Our delegation will be pushing for institutionalised support for CSO inclusion in all SSC processes and for people-to-people cooperation, while expressing our strong opposition to increased engagement of international financing institutions and big corporations in SSC, owing to their history of promoting inequality, destroying the environment, and fomenting conflicts,” shared Beverly Longid, Co-Chair of CPDE. Instead, Longid explains further, the Southern CSO Alliance advocates developing micro, small, and medium enterprises (MSMEs) to contribute to genuine national industrialisation and sustainable agriculture modernisation towards overall sustainable development and self-reliance.

“We want SSC to live true to its noble principles and goals: cooperation that respects each country’s national sovereignty, not interfering in each other’s domestic affairs but neither tolerating one another’s human rights violations. We want a South-South Cooperation where providers and recipients act as equal partners, serving the people’s needs,” added Jennifer Malonzo of IBON International.

titled Putting People at the Heart of South-South Cooperation. It will be held on March 21, 2019, from 9 to 11:30am at the El Conquistador Hotel in Buenos Aires.

Founded by CPDE and Reality of Aid during the Annual Meetings of the International Monetary Fund and the World Bank Group in Bali Nusa Dua, Indonesia in 2018, the Southern CSO Alliance is composed of civil society organisations from Asia, Pacific, Africa, and Latin America.###