“We pay tribute to the IP heroes and martyrs who braved all the odds and selflessly struggled in defense of lands, territories, and ways of life against imperialist plunder and war,” IPMSDL expressed in a statement.

November 10 is an important day for Indigenous Peoples around the world. On this day in 1995, Ken Saro-Wiwa of the Ogoni people, along with eight activists from the same tribe, were executed by hanging by the Nigerian Army. They were leaders of The Movement for the Survival of the Ogoni People (MOSOP) – a mass organization of the Indigenous Ogoni struggling against the exploitation of Ogoniland’s natural resources by Shell Oil Company, one of the biggest transnational corporations (TNC) in energy sector.

The fate of the Ogoni 9, IPMSDL explains, is not uncommon among indigenous activists standing up in defense of land and self-determination.

In the 1970s, Kalinga tribal chieftain Ama Macliing Dulag, who led the struggle against the World Bank-funded Chico Dam project in the Cordillera, was murdered by members of the Philippine Army who openly fired at his house. Meanwhile, Lumad leader Datu Victor Danyan, who opposed a coffee plantation’s encroachment into their ancestral domain, was among those killed by the Philippine Army in the 2017 Lake Sebu Massacre.

In Myanmar, Karen activist Saw O Moo was shot by the military earlier this year, on the basis of their malicious claims that he was a rebel fighter. He was, in fact, a community leader who campaigned for a peace park to protect a local forest and its residents’ land rights

Similarly, the indigenous people of West Papua are constantly subjected to human rights violations by the Indonesian military for the slightest show of dissent, such as raising their national flag. Alex Sambom and Oktovianus Beteop are just two of the Papuan activists who died in the hands of the fascist Indonesian police last year. In Argentina, 22-year-old Mapuche activist Rafael Nahuel was shot in the back by state forces evicting the Lafken Winkul Mapu community in Villa Mascardi in 2017. Finally, Berta Cáceres, a renowned Honduran indigenous rights activist, led campaigns and protests against illegal logging, dams, plantations, and occupation of Lenca land by US military bases. She was shot in her home in 2016 by US-trained elite military troops.

IPMSDL paid tribute to these heroes and martyrs who, among countless others, “fully dedicated their lives to the struggle for self-determination and liberation,” as well as those who have died outside battles and for different reasons, including the missing and disappeared.

Moreover, the organization celebrated its “living heroes” who, despite all the attacks and state repression, inspire others with their courage to carry on with the struggle: from the brave Standing Rock and Idle No More protesters in the North, the IP of the Amazon tirelessly fighting against transnational plunder of the rainforest, the IP of Southeast Asia’s Mekong resolutely standing against disastrous Chinese investments in their lands and waters, to the IP of the island states in the South Pacific asserting their self-determination through referendums, and the continuing struggle of Ogoni People against resource exploitation and militarism. 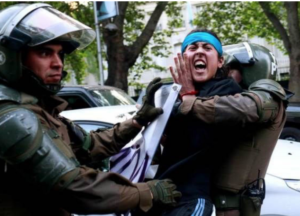 In conclusion, the statement read, “The International IPMSDL pays tribute to all Indigenous communities by forwarding the challenge of advancing our heroes’ militant legacy and continuing the unwavering cause for self-determination amidst the rise of fascist and tyrannical governments such as in the US, Philippines, Brazil, Italy, and Hungary. It is by continuing our ancestor’s struggle in defense of land and life that we are able to honor their memory and their valuable contributions to the struggle. We shall pay our highest respect to our heroes and their sacrifices by championing a future free from inequality, exploitation, and oppression.”#