The International Indigenous Peoples Movement for Self-Determination and Liberation (IPMSDL) expressed its strong condemnation of the attacks against women human rights defenders (WHRD) around the world, including illegal arrests, vilification, harassments, and killings of women indigenous leaders and environment defenders.

Among those in the list were Ms. Agnes Kharshiing, Attorneys Kathy Panguban and Sugha Bharadwaj, Norma Sancir, Raquel Mariano, and Fides Lim.

Kharshiing, an environment, human rights, and indigenous peoples activist, was assaulted last November 8 while investigating illegal coal mining activities in East Jaintia Hills, Meghalaya in North East India. She and her associate Anita Sangma, are still in serious condition at the hospital after receiving critical head injuries from around 30 alleged illegal coal traders. As president of Civil Society Women’s Organization, Ms. Kharshiing has been active in the struggle against illegal coal and limestone mining in Meghalaya affecting several indigenous communities and violated environmental laws. She has also been a vocal critic of ‘coal mafias,’ corruption and impunity in their area.

Panguban, a member of the National Union of People’s Lawyer (NUPL) in the Philippines was charged with ‘kidnapping’ by the police after providing legal assistance and protection to a witness to the ‘Sagay massacre’ that killed nine farmers and a minor. Meanwhile, human rights lawyer Bharadwaj actively engaged in the protection of indigenous Adivasi peoples against extrajudicial executions when she was charged with ‘terrorism’ following the crackdown in several parts of India. She remains in police custody after being denied bail.

Territorial defense and indigenous Ch’orti’ activist Sancir of Guatemala was harassed in her home last November, following the intimidation, criminalization, and persecution of her organization Ch’orti’ New Day Indigenous Campesino Organizations. Another indigenous activist, IbaloiKankanaey health worker Mariano of the Cordillera region in the Philippines, was arrested for trumped up murder charges by the military. Finally, Fides Lim, wife of Filipino peace consultant Vic Ladlad, was threatened with a charge of “obstruction of justice,’ after she called on the authorities to surface her husband and provide him with medical and legal assistance.

IPMSDL argued that the climate of violence directed towards WHRD, indigenous leaders and environment activists among other advocates of the marginalized, restricts the democratic space for critical voices and safeguards for the protection of peoples, lands, and rights. 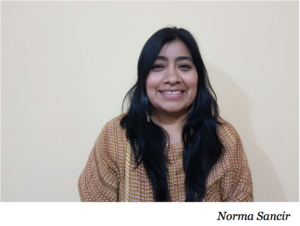 It urged responsible state agencies and national human rights institutions to guarantee justice and protection to WHRD, to stand for the elimination of all forms of threats to their safety, and to dismiss all false charges that impede and endanger their work as rights defenders. Furthermore, it invited the international community, and all indigenous organizations and human rights advocates to join and echo the call to stop all forms of attacks and targeting of WHRD in all countries.

IPMSDL then hailed the WHRD for their continued advocacy: “We salute the bravery of those who stand in the face of fascist states and repressive forces, of everyday threats and intimidations, even giant corporations victimizing small communities, to uphold the marginalised and oppressed peoples welfare.”#